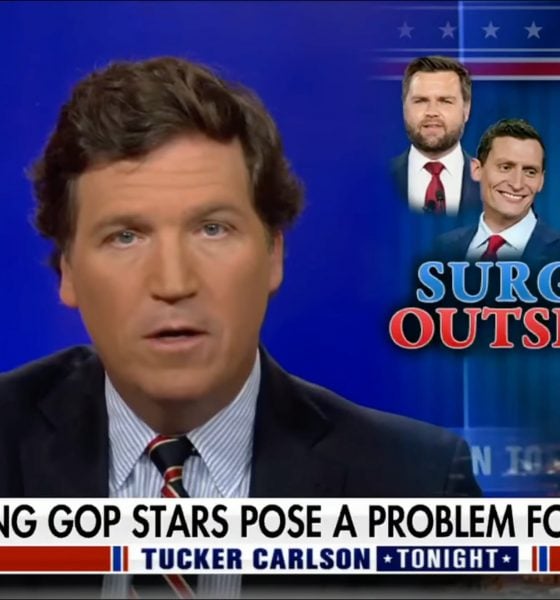 Without the complicity of the media, there is no chance neoliberal democrats could get elected to office, not one of them, ever.

Tucker looks at why the mainstream media is so upset about Kari Lake. It’s because she used to be one of them, and they’re scared she’ll reveal them for the liars they are. Highlights include:

“A lot has been written about the corruption of politicians, you’ve seen that before, but really not enough has been said about how unbelievably boring they are in person.”

“Their main interest is themselves. That’s what they talk about, it’s all they can talk about, and it’s very tedious — narcissism always is tedious.”

“And so one of the great and happy and unexpected surprises of this cycle is how many interesting people are running, around the country, people who have something to say that isn’t necessarily about them, people who have interests beyond just accumulating more power.”

“None of these people has been in politics before, all of them seem to be listening to voters, listening, not just talking. And amazingly, all of them could win on November 8, and if they do, that’s a huge problem for the democratic party and for the people in charge more broadly.”

“These are not people who care about secret partisan arrangements, or even about partisan affiliation. They might actually try to change the country for the better. So if you’re benefiting from the current disaster, that’s a scary prospect.”

“But no one running for office right now is quite as scary to people like that as Kari Lake. She’s running for governor of Arizona. Lake may be the most skillful communicator in American politics right now, but most terrifying of all, she spent 30 years in television news. So, when Kari Lake says the media are corrupt, she’s not guessing. She’s lived right in the middle of it for decades. This is a deeply unsettling message for democrats to hear, because it strikes right at the heart of their power.”

“Without the complicity of the media, there is no chance neoliberal democrats could get elected to office, not one of them, ever.”

“The Liberal Media? They’re not just annoying, they’re the key to the whole system. Take them away, and everything changes. So it’s essential to the people in charge that voters continue to believe that the so-called ‘news coverage’ they see and read is real, that it conveys facts and not simply crude North Korea-style political propaganda. But Kari Lake knows better, she knows the truth. Again, she has seen it, and they truly hate her for revealing this secret in public.”

“Once people know it’s all fake, this isn’t news, these are lies, and these lies are the key to keeping the people who are wrecking the country in power. Once people understand that, the game is over, it’s done. They have to stop Kari Lake.”

Tucker: This is humiliating for Fetterman